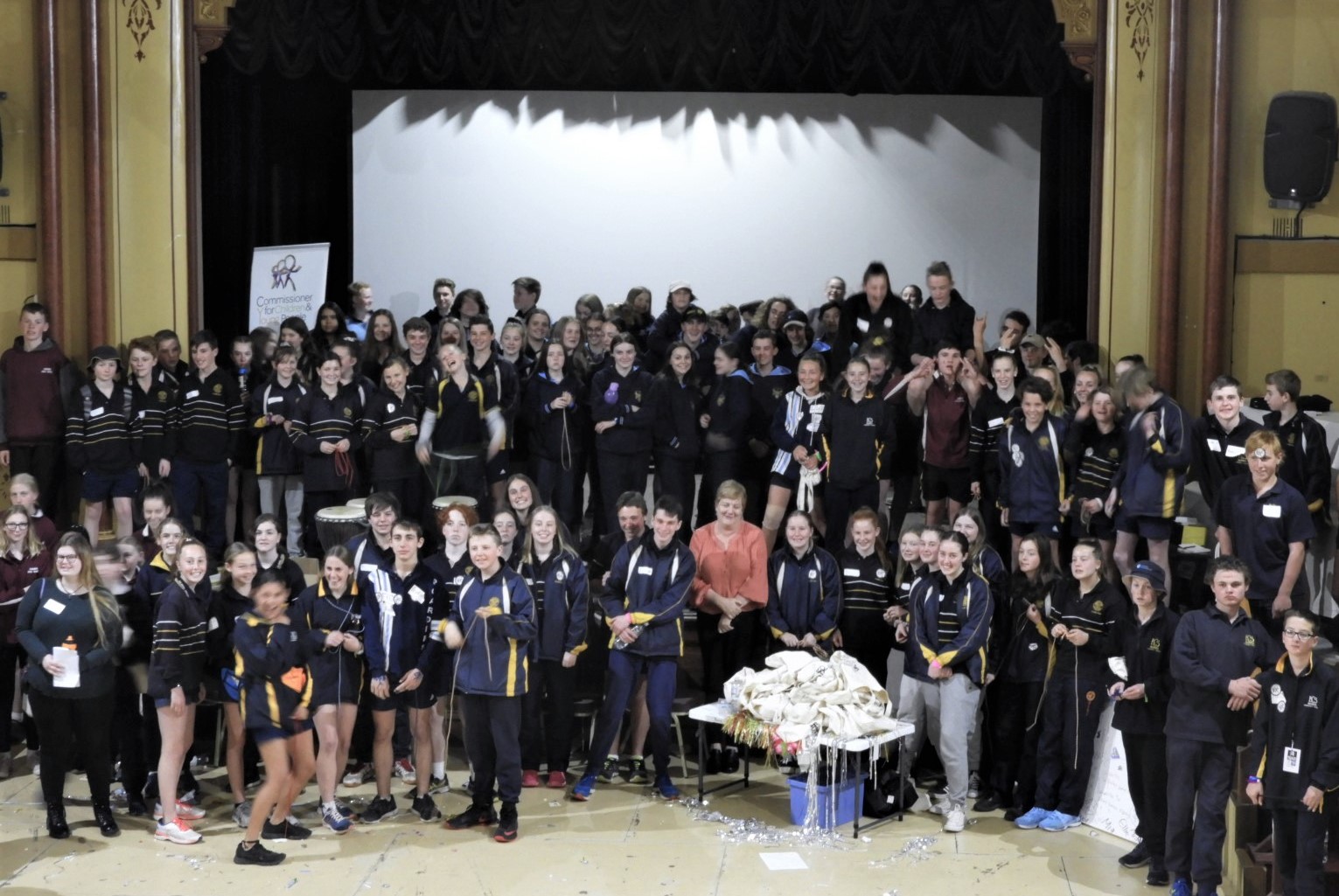 In what was perhaps the largest-ever gathering of regional young people in regional South Australia, 150 students participated in the Commissioner for Children and Young People’s Regional Youth Forum in Burra this week.

“We are making history today,” Commissioner Connolly told the crowd of young people in her opening speech, saying it was “probably” the first time three different regional Youth Advisory Committees had come together to organise an event.

The first-of-its-kind, “youth led, youth designed”, forum run entirely by young facilitators from the Goyder, Barossa, and Clare YACs, with support from the Commissioner for Children and Young People and her team.

Bringing together more than 150 year 8 and 9 students from Eudunda, Burra, Clare and Nuriootpa schools at the Burra Town Hall, the event was a chance for regional young people to build connections with each other and have their say on issues in their communities.

Over the course of a day, the students participated in discussions challenges for young people in their communities and how they could work together to overcome them, joined in on an Instagram challenge, and heard a guest panel of Young Leaders.

Also at the Forum were artist Maria Salamonsen, and Goyder Councillors Heidi Thompson and Debbie Hibbert who assisted the YAC members and the Burra Town Hall Committee with setting-up and running the event.

During the workshops, the young participants identified four key areas for change in their communities; Mental Health, Education, Job opportunities and Online Behaviour.

Many young people were keenly aware of the high level of pressure they faced in school, and said that young people in their community suffered with poor mental health due to issues such as bullying, peer pressure, and online sexual harassment. Others felt unheard by teachers and other adults, and expressed a frustration with their “lack of independence” due to limited employment and public transport options in their area.

“Because of the low population we have less choices in everything from friends and activities to stuff like jobs and schooling,” said one young man.

Commissioner Helen Connolly noted that these issues often echoed those identified during her “Hopes and Dreams” tour of regional South Australia earlier this year.

“You’re not that far away from each other, and your issues are pretty similar. There’s strength in numbers when you get together and collaborate like this,” the Commissioner told the young people.

The discussions also involved activities which challenged young people to problem-solve the key areas they had identified, considering how their unique perspective as young people made them agents for change in their communities. This material, once collated by the Commissioner and her team, will form part of an advocacy report that will be handed back to the three YACs.

After the workshops, the students had the opportunity to hear from a panel of five regional young leaders: Jake Alker, a Goyder YAC member and Scouts SA Vice-Chairman, Emily Lines, also from the Goyder YAC, Sharna Juett, a young business-owner and senior firefighter with the South Australia CFS, Luke Graetz, a Barossa YAC member, and finally Jasmine Lawrie, from the Clare County YAC.

The panellists stressed the importance of mentors, support networks, and young people actively using their voices to spark change, and offered advice on resilience and self-belief.

The forum finished up with a demonstration by award-winning textile artist Maria Salamonsen, who taught the group how to weave Parachord Bracelets. In a moment of quiet reflection after the high-energy day, Salamonsen told the young people that the bracelets represented how the community is “stronger when woven together.” 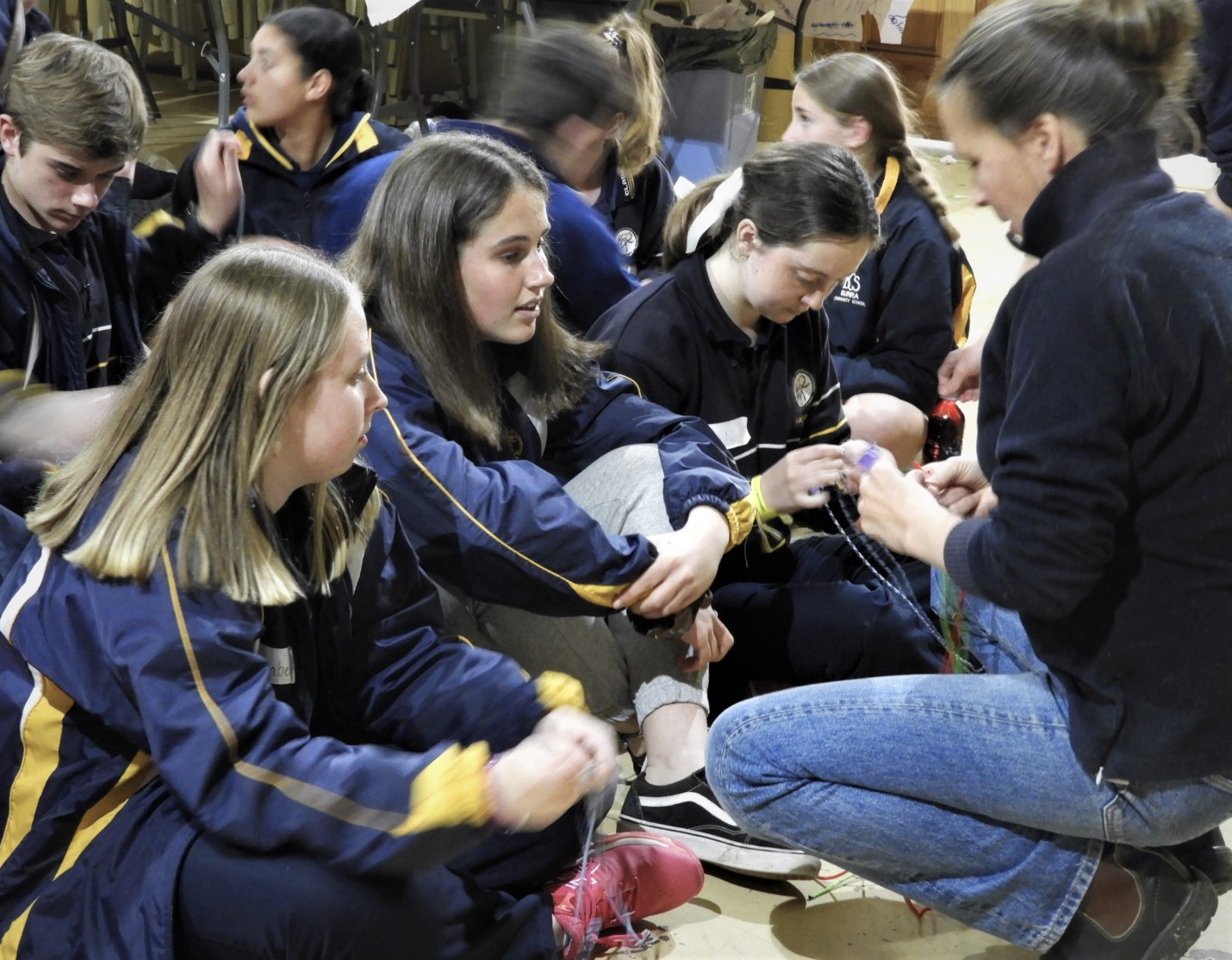