There are a number of key issues impacting children and young people in South Australia that the Commissioner  feels strongly about, and to which she is committed to working with key influencers and decision-makers to bring about change.  Below you will find brief position papers on these key issues, including what the Commissioner believes needs to be done to achieve change at the systemic level.

The minimum age of criminal responsibility in South Australia is currently 10 years of age. The Commissioner for Children and Young People believes this is too low and should be raised to the internationally acceptable age of 14 years. The current age does not align with our understanding of childhood development and how best to support inclusion and healthy development of a child’s complex needs. 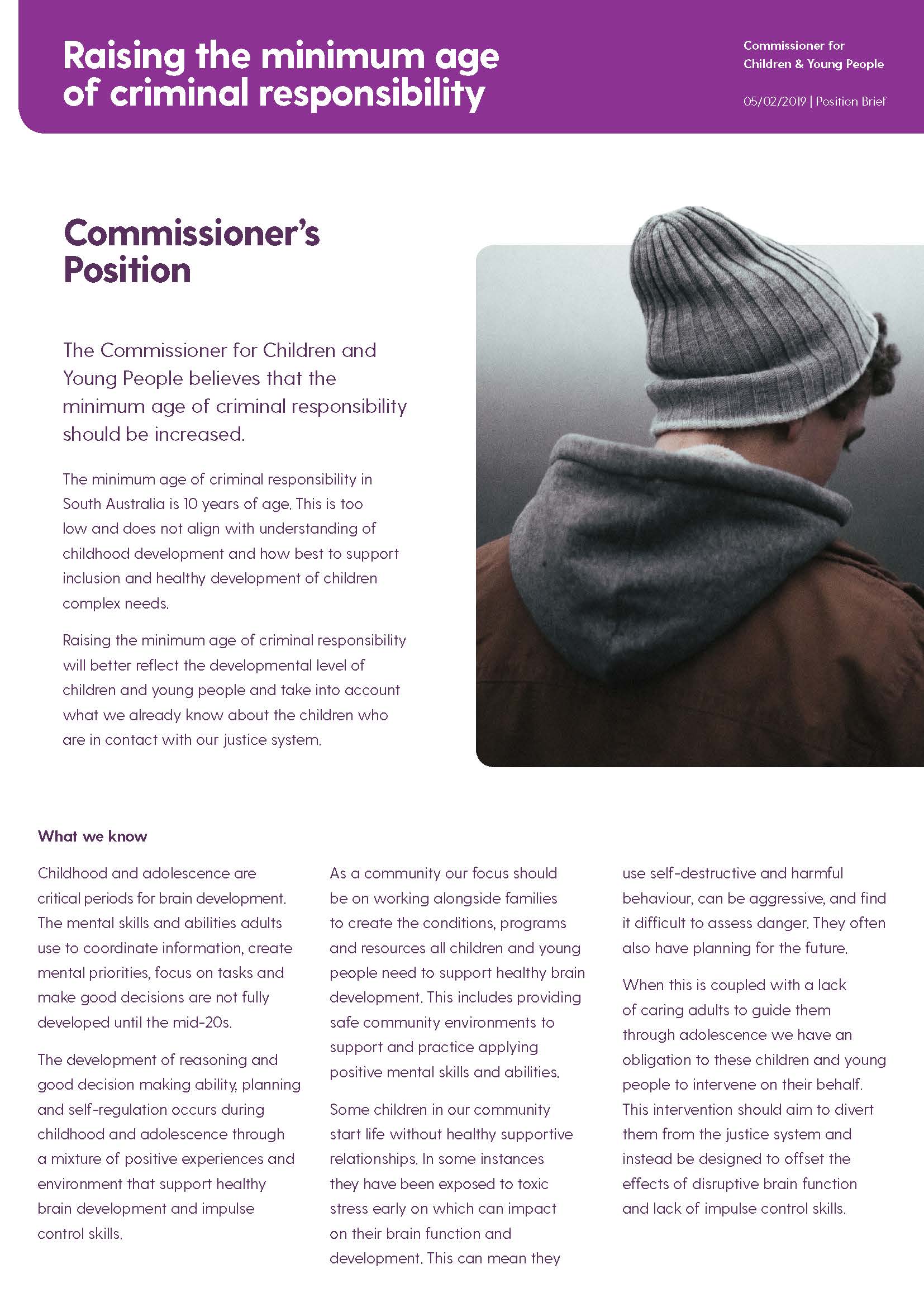 The Commissioner for Children and Young People believes that the draft Religious Discrimination Bill 2019 goes against what children and young people have told the Commissioner they want from today’s society and institutions. They have said that what they want most is to feel safe, included, accepted and respected as valued members of society. The negative outcomes that could result from the passing of such a bill could have direct adverse effects on children, especially their mental health, wellbeing, and feeling of safety and security within the community. It is also likely to lower their levels of trust in community leaders and organisations, schools and institutions, and their own government. 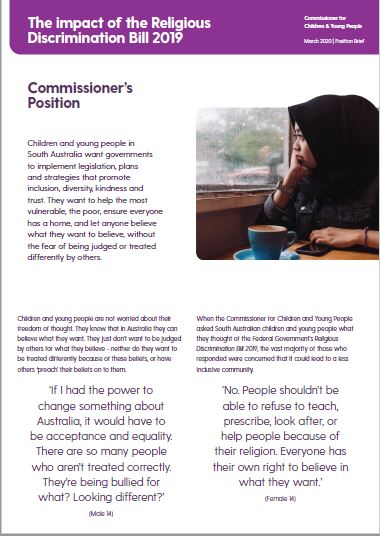 The Commissioner for Children and Young People believes that applying Mandatory Treatment Orders to children and young people violates their fundamental human rights. It also risks causing lifelong harm without actually addressing the causes of drug dependency, or building sustainable solutions that have been tailored to meet the individual needs of children and young people in our community who have become drug dependent. 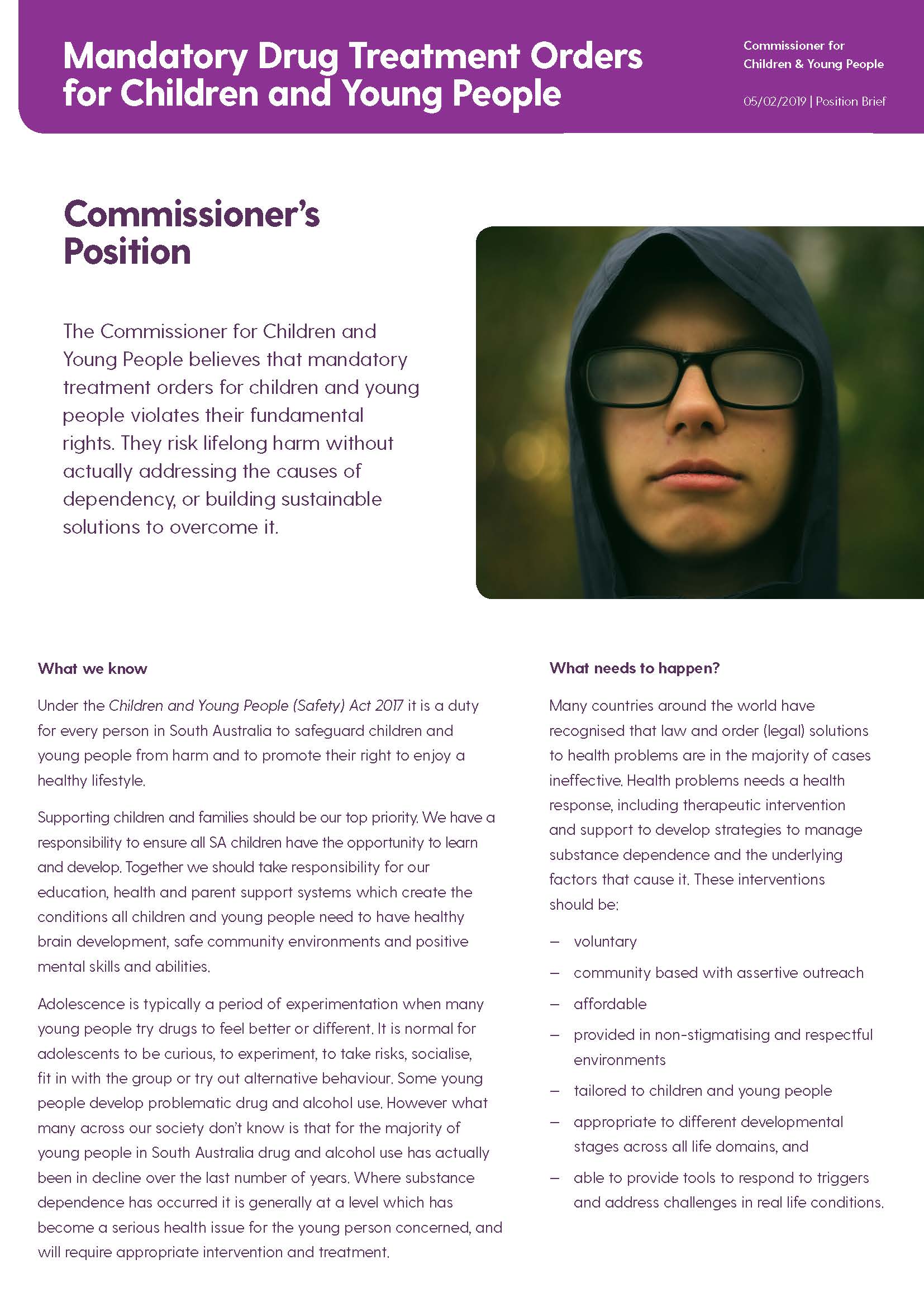 The Commissioner for Children and Young People believes that any anti-drug program introduced into a South Australian school should first be able to demonstrate that it is safe and effective. It should be part of an approach to drug education that includes appropriate and inclusive policies and practices that support and encourage students to engage in positive, healthy behaviours. 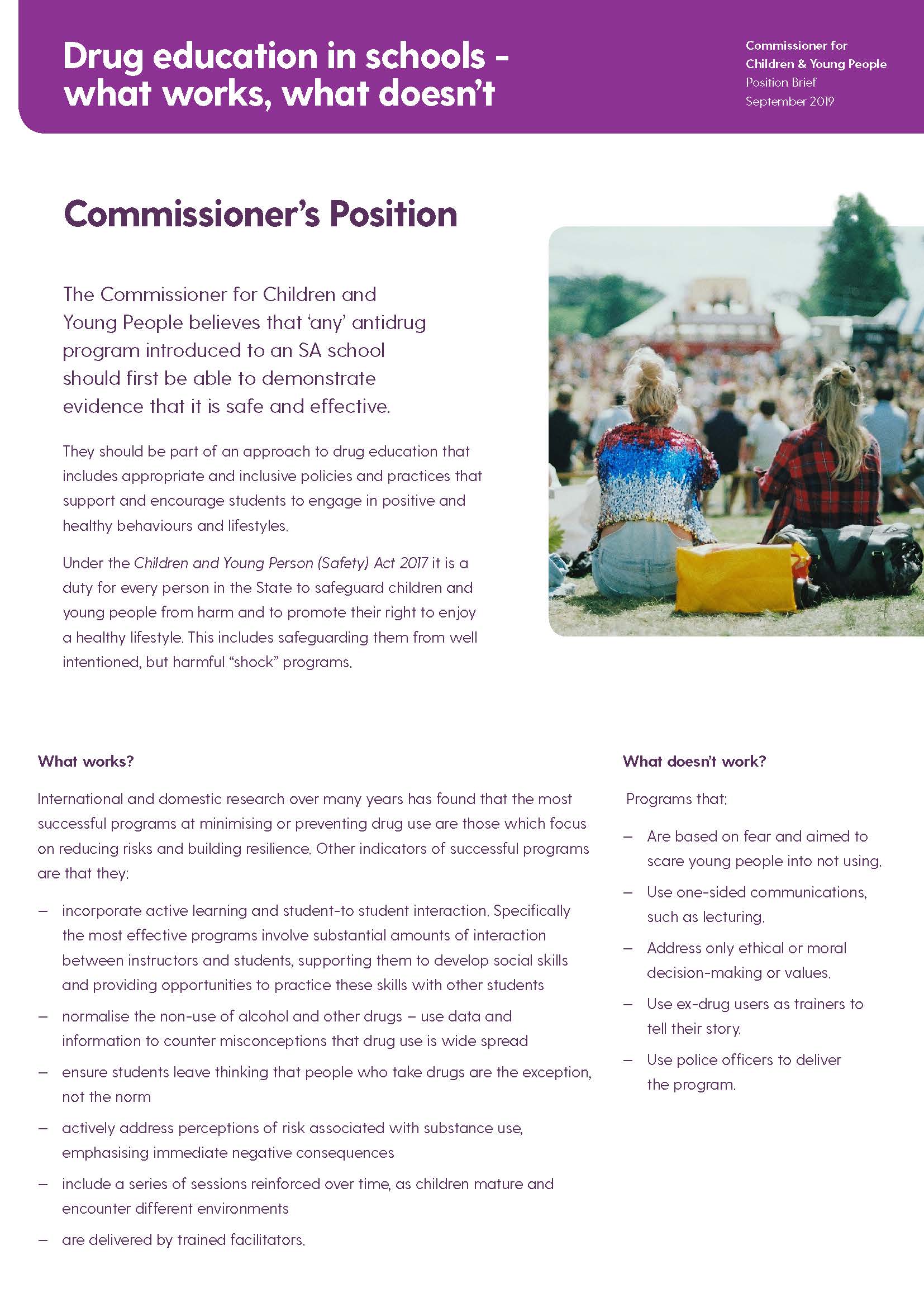