SA Young people have been telling South Australia’s Commissioner for Children and Young People that they want more opportunities to have a voice on issues that matter to them; issues such as climate change, job opportunities, and voting, to name a few.

YChange is the Commissioner’s response – a resource designed to support educators teach primary and secondary students about civics and citizenship in ways that allow their students to drive the agenda. They do this while simultaneously acquiring the knowledge and skills they need to better understand the systems in which they live.

The yChange lesson plans and action civics resources have been local and nationally reviewed and supported. They empower students to identify an issue in their local community, workshop solutions, and contribute ideas for taking action to address the problem, including making recommendations for change direct to leaders and law makers.

Developed over an eighteen-month timeframe, yChange has benefitted from direct input by students, educators and local, state, national and international civics experts. A pilot program was undertaken in 2020 in which three Adelaide based schools – Elizabeth Vale Primary School, Mark Oliphant College and Marryatville High – tested the resources and made suggestions on ways to improve it. Their input was invaluable in shaping the final version of yChange now available for free download to public and independent schools across South Australia.

Speaker of the House of Assembly, the Hon. Josh Teague, and President of the Legislative Council, the Hon. John Dawkins welcomed guests to Parliament House for the launch which was co-hosted by the Commissioner and the Parliament of South Australia. The Speaker discussed the importance of active citizenship in protecting our democracy and ensuring it remains robust and relevant while the Hon. John Dawkins spoke about the power of young people to shape the agenda.

Malcolm McInerney, history and social sciences projects lead for the Department for Education and Natalie Young, Community Education Officer at Parliament House both spoke about the potential a program like yChange offers young people. Julie Ferguson, Deputy Principal at Marryatville High School, an early adopter of yChange, discussed the renewed enthusiasm teachers have for teaching civics and citizenship, since the introduction of the yChange resources into their school. Julie explained how yChange has aligned well with the school’s own Community Challenge program, helping to embed principles of action civics to solve real life issues that link students more closely with their local community.

Youth Representatives Jayde Thyer (CCYP Advisory Group) and Harry Passehl (CCYP Policy Advocate) each gave their personal perspectives on the importance of civics and citizenship education. Jayde who is a young and proud indigenous women spoke passionately about the importance of young people believing in their capacity to step up into positions of leadership and the importance of having experiential educational opportunities to build confidence and connections.

Harry Passehl made several insightful points including the need to not only raise issues but to know how to go about finding solutions for them, advocating for change at the systemic level to bring about benefits for greater numbers of Australians.

“Having the ability to identify an issue is great! …but being able to identify issues ALONGSIDE SOLUTIONS is vital…vital in raising the next generation to be active in society and politics!” said Harry.

To find out more about yChange or to Register to receive the FREE yChange Resource Pack (including downloadable Teacher’s Handbook and 12 X Lesson Plans): 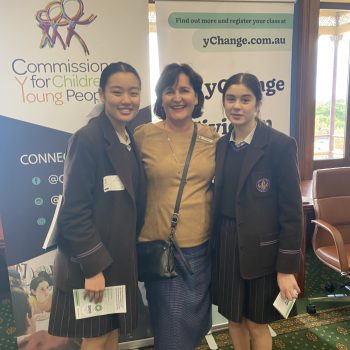 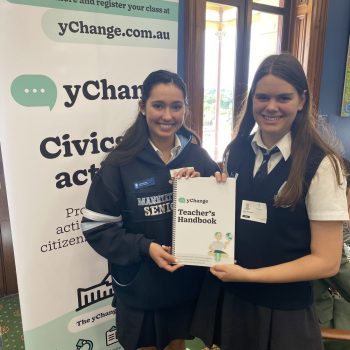 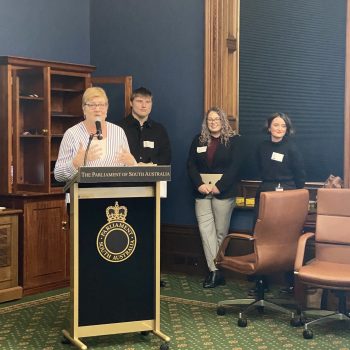 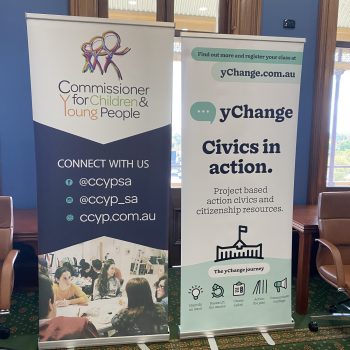 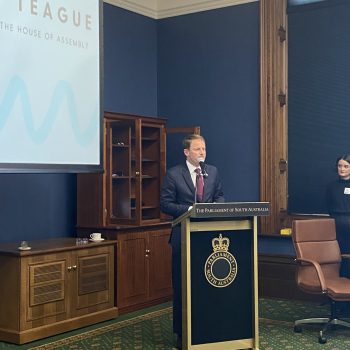 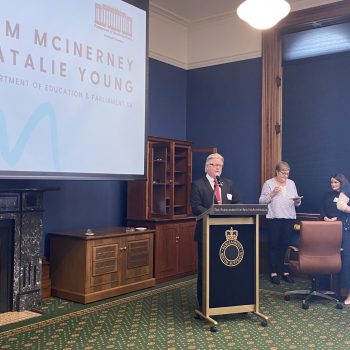 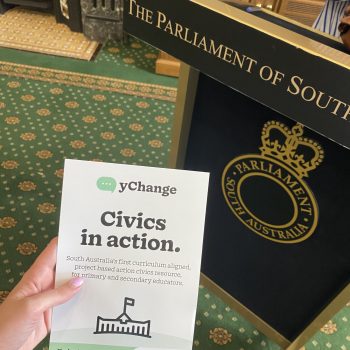 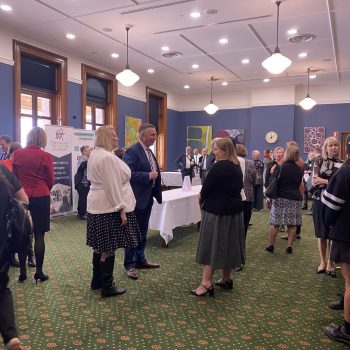