The Goyder Youth Advisory Council’s first ever Battle of the Bands was a stomping success, with a full day of competition and proceeds going to charities and non-profits.

With support from the Commissioner for Children and Young People, the Goyder YAC, a volunteer committee of young people from the region, put together a state-wide competition for bands and musicians under the age of 25.

Burra’s historic Redruth Gaol, decked out with a stage, food stalls, jumping castle, art activities, and much more, provided a fantastic backdrop for the talented group of young musicians on the day.

Recognising that there are limited events specifically for young people in the area, Community Engagement Officer, Barb Button explains that Goyder YAC wanted to create a fun and vibrant event for the drought-affected community.

“[They] wanted to stand up and provide a voice for youth in the region and show that anything is possible [by] creating an event that is run by young people and that provides an opportunity for other young people to shine,” she says. 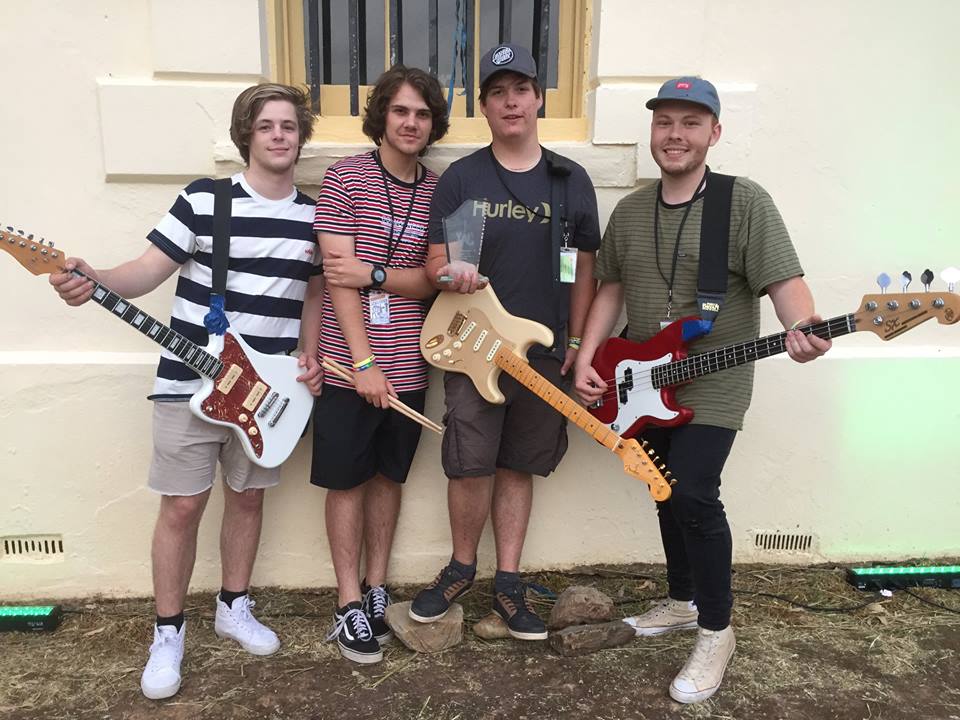 Alternative rock four-piece Long Gone took home the winner’s prize of $500 and 10 hours of studio recording time, for their stomping cover of “Kryptonite” by Three Doors Down.

The Commissioner for Children and Young People, Helen Connolly, was in attendance as one of the judges, and the elected council member for Goyder, Cr Blake Rule, was an MC for the event.

Special guests Leaf and Stem, an Adelaide-based triple-J unearthed band, also made an appearance for the after-party.

Proceeds from the event were donated to the Goyder Youth Advisory Council’s chosen initiatives, Dolly’s Dream and Helping SA Farmers.